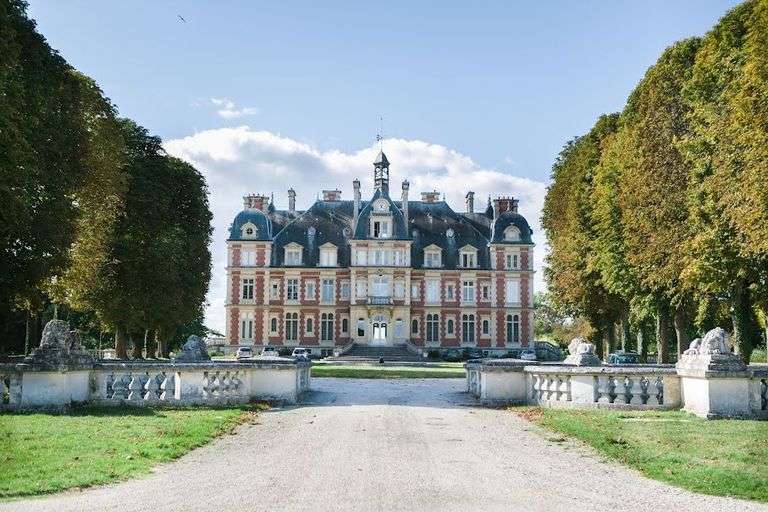 Preview can be arranged upon request.

This 4/5 Room apartment is being sold at Online Auction.  It is a Rare Louis XIII style castle in perfect condition.

A 50 minute drive through the countryside from Paris and 15 mins from Meaux in Seine-et-Marne, France.  This property has the privacy of being in the open countryside.  There is a large heated swimming pool, tennis courts and is only 5 minutes from the shops and train station of Lizy sur Ourcq (77440).

Located on an exceptionally maintained 40+/- Acres (16 hectares), this is a corner apartment with approx 1012 Square Feet ( 94 square meters) on the third floor offering a view of the vast English style park and the surrounding countryside.

This property consists of an entrance a living room, a second living room, a private kitchen, three bedrooms, two bathrooms and a toilet.  This apartment has been very well maintained.

Exceptional condominium services at this property this is a guarded site, the presence of a caretaker who is there at all times (24/7) and a cleaning lady, with a possible concierge service, heated swimming pool and grounds maintenance, an English park, a French garden, an orchard, glass roof and a lovely wooded area.

This is an ideal investment for a family looking for large space in a secure environment with rental and seasonal investment returns possible. Close to Paris and Charles de Gaulle airport: 50 minute drive from Paris by car,  40 minutes from the Charles de Gualle airport - 3.5 km from shops and Lizy sur Ourcq train station – 30 minutes from Disney Land Paris.

HISTORY...This Chateau has a Wikipedia listing, in which it says:

The original château was built around 1630 in the reign of Louis XIII by Sebastian le Hardy whose family lived there until 1791.

Louis XIV is said to have visited around 1651[1] and commented that the chateau was "bien troussé" ("well fitted-out"), perhaps suggesting the origin of the name Château de la Trousse. The King bestowed the title of Marquis on the le Hardy family in 1651.

The château was renovated and improved during the 1680s when the then owner, Marquis Phillipe-August le Hardy, employed the services of the famous architect Liberal Bruant, the architect of the Hotel des Invalides in Paris.

Phillipe-August le Hardy died in 1691 and Amede and Marie-Henriette dal Pozzo inherited the estate. Their granddaughter subsequently inherited and sold the estate in 1791 to a new family, Charles-Guillaume Baudon, the Comte de Mony Colchen.

The estate fell into disrepair during the French Revolution. In 1814, the Napoleonic army set fire to the orangery as a signal about the approaching Cossacks. In 1829, the owners allowed speculators to sell the building materials to raise much needed cash.

In 1865, the grandson of the 1791 buyer, Count Charles-Victor Baudon de Mony-Colchen, completed the construction of the new château that stands today. He also arranged the renovation of the original orangery and stable courtyard (that date from 1630), and the new gardens.

During the latter part of the First World War, US troops were garrisoned at the château in conjunction with the battles at Château Thierry and Belleau Wood. When the war ended, the Count erected the war memorial at the entrance to the château on the D401, in gratitude that his son had survived.

During the Second World War, La Trousse was commandeered by the Germans and the attics of the courtyard were used as a field hospital. Allied troops advanced from Normandy and reached La Trousse on August 24, 1944. A tank battle ensued and a German tank was hit on the driveway. Fighting ceased the following day when Paris was liberated on August 25, 1944.

The château stayed in the ownership of the Baudon family until 1998 when Count Xavier Baudon de Mony sold the estate to a Dutch owner, Hans Musegaas. The de Mony family could not afford the rising costs of upkeep and the children decided they could not take on the responsibilities. The château and buildings have since been renovated and divided into a number of private apartments. The co-owners take joint responsibility for the upkeep and improvements to the château and its 40-acre estate.

To bid, go to www.VanDeRee.com and register.  Send any questions to Neal at AuctionFL@aol.com